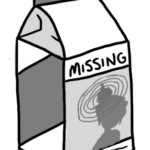 As authorized by the Pension Protection Act of 2006 (PPA), the Pension and Benefit Guarantee Corporation (PBGC) has issued a final regulation that expands PBGC’s missing participants program, effective as of plan terminations that occur on or after January 1, 2018. PBGC’s missing participant program was previously limited to terminated single-employer DB plans covered by title IV’s insurance program. It is now available to other terminated retirement plans.

Visit the PBGC’s Missing Participant site for more information, including an explanation of the plans covered by the program and the forms and instructions to use with the program. 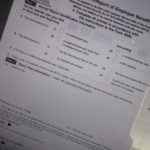 The U.S. Department of Labor’s Employee Benefits Security Administration, the IRS, and the Pension Benefit Guaranty Corporation (PBGC) have releasedadvance informational copies of the 2017 Form 5500 annual return/report and related instructions. The “Changes to Note” section of the 2017 instructions highlight important modifications to the Form 5500 and Form 5500-SF and their schedules and instructions.

Modifications are as follows:

Information copies of the forms, schedules and instructions are available online

The Pension Benefit Guaranty Corporation (PBGC) has issued a Proposed Rule that would redesign its existing missing participants program for single employer Defined Benefit (DB) plans and to adopt three new missing participants programs that will cover most Defined Contribution (DC) plans, as well as multiemployer DB plans and professional service employer DB plans. All four programs would follow the same basic design. Among the most prominent changes to the existing program would be:

• Provision for fees to be charged for plans to participate in the missing participants program.

• A requirement to treat as ‘‘missing’’ non-responsive distributees with de minimis benefits subject to mandatory cash-out under the plan’s terms.

• Fewer benefit categories and fewer sets of actuarial assumptions for determining the amount to transfer to PBGC.

• Changes in the rules for paying benefits to missing participants and their beneficiaries.

‘‘Missing’’ would be defined more specifically than in the current regulation. As explained below, a distributee would be missing if—

(1) For a DB plan, the plan did not know where the distributee was (e.g., a notice from the plan was returned as undeliverable), unless the distributee’s benefit was subject to mandatory ‘‘cashout’’ under the terms of the plan, or

(2) For a DC plan, or a distributee whose benefit was subject to a mandatory cash-out under the terms of a DB plan, the distributee failed to elect a form or manner of distribution.

For DC plans, PBGC proposes to specify simply that a diligent search is one conducted in accordance with DOL guidance, the most recent of which was issued on August 14, 2014 by the Employee Benefits Security Administration (EBSA) in Field Assistance Bulletin No. 2014–01 regarding Fiduciary Duties And Missing Participants In Terminated Defined Contribution Plans (the FAB). The FAB provides guidance about required search steps and options for dealing with the benefits of missing participants in terminated DC plans.

PBGC is proposing to charge a one-time $35 fee per missing distributee, payable when benefit transfer amounts are paid to PBGC, without any obligation to pay PBGC continuing ‘‘maintenance’’ fees or a distribution fee. There would be no charge for amounts transferred to PBGC of $250 or less. There would be no charge for plans that only send information about missing participant benefits to PBGC.

On July 21, 2016 the Department of Labor (DOL), the Internal Revenue Service (IRS) and the Pension Benefit Guaranty Corporation (PBGC) published proposed rules that would make significant revisions to the Form 5500 Annual Return/Report as of the 2019 filing year.

DOL explains in a Fact Sheet that the proposed form revisions and the DOL’s related implementing regulations are intended to address changes in applicable law and in the employee benefit plan and financial markets, and to accommodate shifts in the data the DOL, IRS and PBGC need for their enforcement priorities, policy analysis, rulemaking, compliance assistance, and educational activities.

The major proposed changes are summarized below:

Effective Date– The new Form 5500 is expected to be required as of the 2019 plan year filings.

On September 11, 2015, the Pension Benefit Guaranty Corporation (PBGC) published final rules updating its existing regulations and guidance for pension plans and plan sponsors regarding when and how they need to report various corporate and plan events to the PBGC. The updated rule is intended to make reporting more efficient and effective, to avoid unnecessary reporting requirements, and to conform PBGC’s reportable events regulation to changes in the law.

Under the regulation’s long-standing waiver structure for reportable events, which primarily focused on the funded status of a plan, PBGC often did not get reports it needed; at the same time, it received many reports that were unnecessary. This mismatch occurred because the old waiver structure was not well tied to the actual risks and causes of plan terminations, particularly the risk that a plan sponsor will default on its financial obligations, ultimately leading to an underfunded termination of its pension plan.

The final rule provides a new reportable events waiver structure that is more closely focused on risk of default than was the old waiver structure. Some reporting requirements that poorly identify risky situations — like those based on a supposedly modest level of plan underfunding — have been eliminated; at the same time, a new low-default-risk “safe harbor” — based on company financial metrics — is established that the PBGC believes better measures risk to the pension insurance system. This sponsor safe harbor is voluntary and based on existing, readily-available financial information that companies already use for many business purposes.

The final rule also provides a safe harbor based on a plan’s owing no variable-rate premium (VRP) (referred to as the well-funded plan safe harbor). Other waivers, such as public company, small plan, de minimis segment, and foreign entity waivers, have been retained in the final rule, and in many cases expanded, to provide additional relief to plan sponsors where the risk of an event to plans and the pension insurance system is low.

With the expansion in the number of waivers available in the final rule, PBGC estimates that 94 percent of plans covered by the pension insurance system will qualify for at least one waiver of reporting for events dealing with active participant reductions, controlled group changes, extraordinary dividends, benefit liability transfers, and substantial owner distributions.

The rule simplifies the descriptions of several reportable events and makes some event descriptions (e.g., active participant reduction) narrower so that compliance is easier and less burdensome. One event is broadened in scope (loan defaults), and clarification of another event has a similar result (controlled group changes). These changes, like the waiver changes, are aimed at tying reporting burden to risk.

Conforming to changes in the law

The Pension Protection Act of 2006 (PPA) made changes in the law that affect the test for whether advance reporting of certain reportable events is required. This rule conforms the advance reporting test to the new legal requirements.